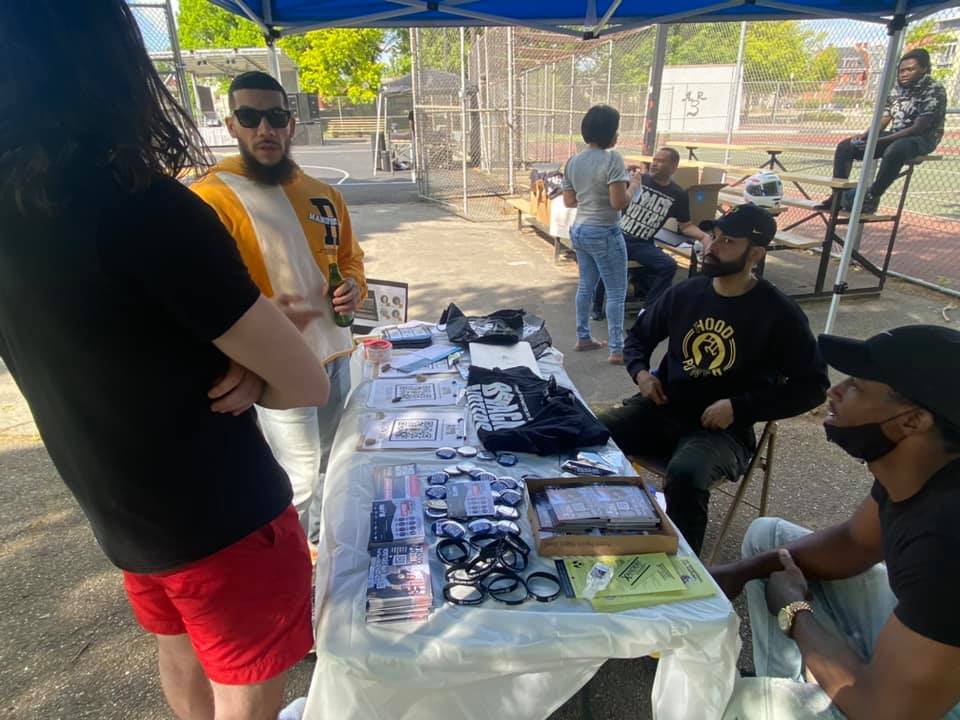 Power of a Pro Voter Agenda

1Hood Power is a social justice electoral organization in Pittsburgh, Pennsylvania, serving to create liberated communities through political activism. 1Hood Power was born out of a fight for justice to stop mass incarceration, over-policing, and violence in our communities.

While we were fighting for racial justice, attacks on elections became rooted in our home state of Pennsylvania. We watched as our community members had polling places changed and received incorrect ballots. We became inundated with messages saying our votes did not matter and our voices had no power.  Then when we organized, we saw the power of our collective vote.  Then we began to see our elected officials move away from our needs for a reflective democracy through expanded voter access.

As such, we are working to support a  voter agenda that codifies no excuse mail-in/absentee voting, additional drop box sites, automatic and same-day voter registration, and expansive voter protections to include the protection of private identifying data. Currently, Pennsylvania does not have early voting access. Instead, we offer mail-in/absentee voting that allows people to mail their ballots. Yet, with mail delays and ballot errors, we need more protections to ensure everyone has an unrestricted right to the ballot box.

Prior to the pandemic, Act 77 expanded mail-in voting. Yet, in 2020, there was a grassroots movement to educate people on how to vote by mail, deadlines, and the ballot counting process because the information was not readily available and accessible, especially to those whose primary language is not English or those with assistive devices.

During the 2021 election, our own Legislative Director was one of the hundreds of people who received a flawed ballot and had to change their voting plan in-person to ensure the vote was counted. These experiences mean 1Hood Power understands how voting impacts people and how easily people can quickly become disenfranchised from voting. There is an ever-pressing need to ensure voters, no matter where they live, have access to the ballot box.

Currently, we do not have a set accessible, robust voting opportunity in our regions, which has led to more complications despite increasing voter participation over the past two elections.  As such, 1Hood Power is working to ensure a reflective democracy that includes all of us by educating the public on the rules and regulations of elections, engaging community members around the issues that impact them, and empowering the electorate to demand the creation of the conditions of liberation and equity.